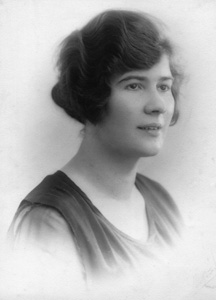 Dorothy Franklin was born on 14th February 1898 in the small village of Twyford in Berkshire and she was educated at Wilson Senior School in Reading.

She came to London in November 1914 aged 16 and joined the London Telephone Service (then part of The Post Office) as a telephonist, starting work at Museum Exchange. At that time, the Telephone Service would not employ married women and Dorothy lived in a hostel for single ladies provided by the Post Office at Coram Street in Bloomsbury, not far from Gower Street where the London Ambulance Column was later to have its headquarters.

It was at about this time that she learnt of the death of her elder brother, Henry Franklin, known in the family as Harry. Harry was a Corporal in the 1st Battalion Grenadier Guards. The Battalion had landed in Zeebrugge in Belgium on the 6th October 1914 and were engaged in the first battle of Ypres that started on 14th October. On 26th October, Harry was reported as missing, presumed dead. 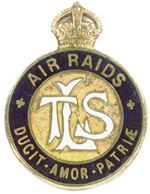 It is not known when Dorothy started to work for the Column as a volunteer telephonist but we can be sure that she worked extremely hard. As her staff report in the Post Office archives states, “Dorothy Franklin discharged her duties with diligence and fidelity”. It continues “She was commended on four occasions for devotion to duty during air raids”. Her Post Office badge which allowed her to be on the streets during an air raid would have proved useful on occasions when going either directly from the exchange or the hostel to the Column’s headquarters.

In later life, she remembered clearly that when the Column was notified that a hospital train was bringing, in addition to stretcher cases, a number of walking wounded into London, she would phone the Gentlemen’s Clubs, the major hotels and then both Houses of Parliament so that there were sufficient private cars in addition to the ambulances to convey the soldiers to the various hospitals. At the end of the war, she was presented with a silver replica of the Column’s badge inlaid with rubies in recognition of her contribution to the work of the London Ambulance Column during the Great War. 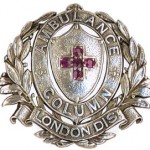 Silver replica of the LAC badge. This was awarded to Dorothy Franklin at the end of the war.

In 1923, under Post Office regulations she was required to retire when she married Marcus Groen. Furthermore, because her husband was a Dutch national, she forfeited her British Nationality and this was not restored until a change in law was introduced in the late 1940s.

At the outbreak of the Second World War and with her children evacuated out of London, Dorothy returned to work as a telephonist, working at Berger’s paint factory in Homerton in East London. By the time her husband died in 1961, Dorothy was commuting daily to the company’s head office in Berkeley Square. She continued to work for the company, then named Berger, Jenson & Nicholson, until she retired as their Senior Telephonist aged 73 in May 1971. The company’s Chairman, Lord Kings Norton, returned from abroad to present Dorothy with her retirement gifts. 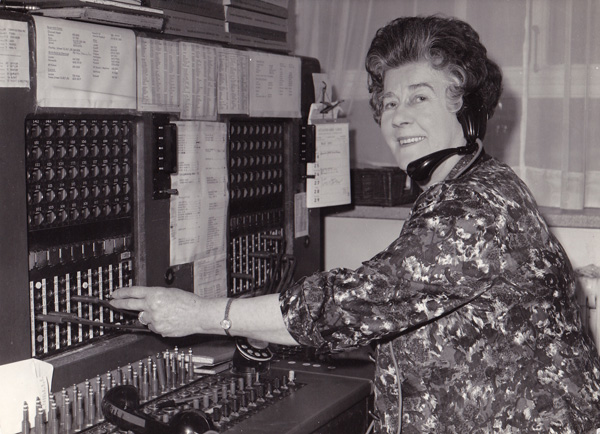