The Ambulance Column’s Headquarters and Depot at 7, 9 and 11 Gower Street, Bloomsbury

The captions under each photograph on this page are the same as those the reverse of the original photographs. All of the photographs were taken on 17th September 1918. 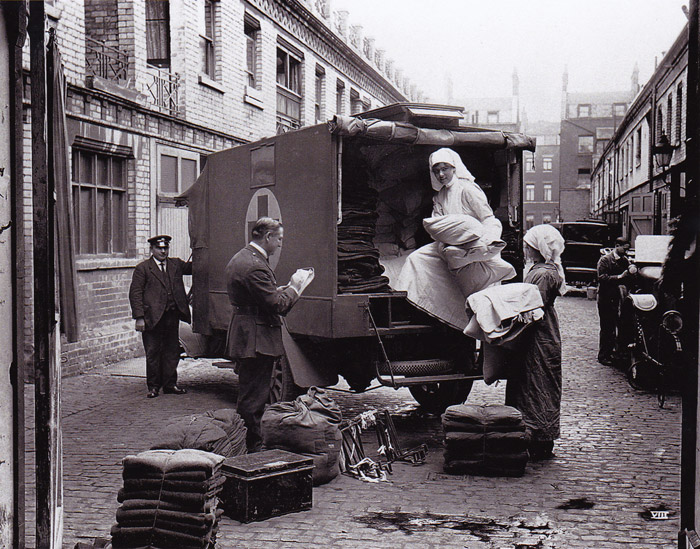 Loading up the blanket bus in Gower Mews. Mr Peel with book.

In Nurse Claire Tisdall’s memoirs, deposited in the Imperial War Museum, she recalls that early in the war, the linen was provided by Derry & Toms, the large department store in Kensington. 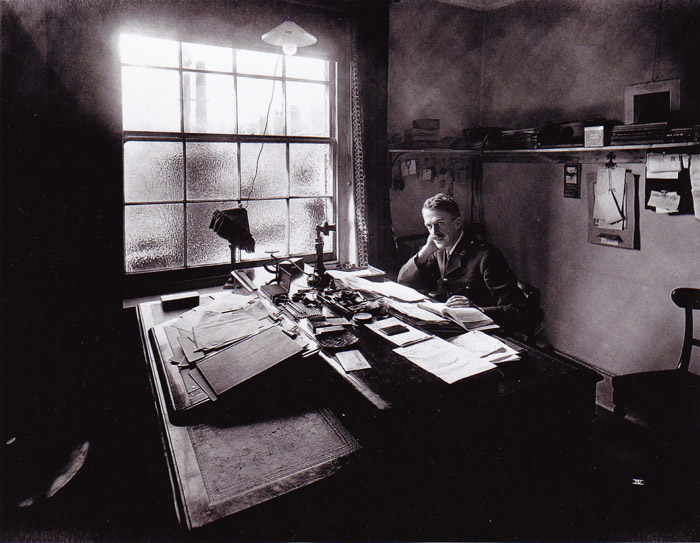 Mr RBW Crothers was one of two deputy Directors of the London Ambulance Column. He was responsible for the Vehicular Section. 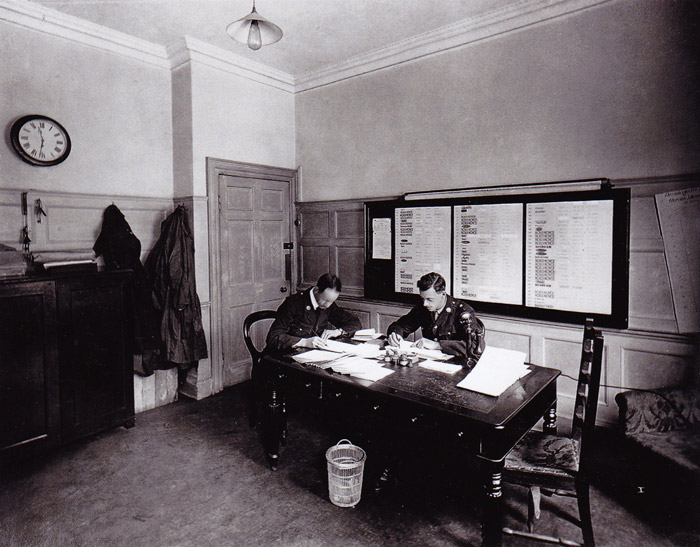 The Petrol Room with two officials working at tables. Messrs Cooper and Strakes.

Mr “Strakes” is Mr D Straker who is shown as a Quartermaster on the December 1917 Command Structure. 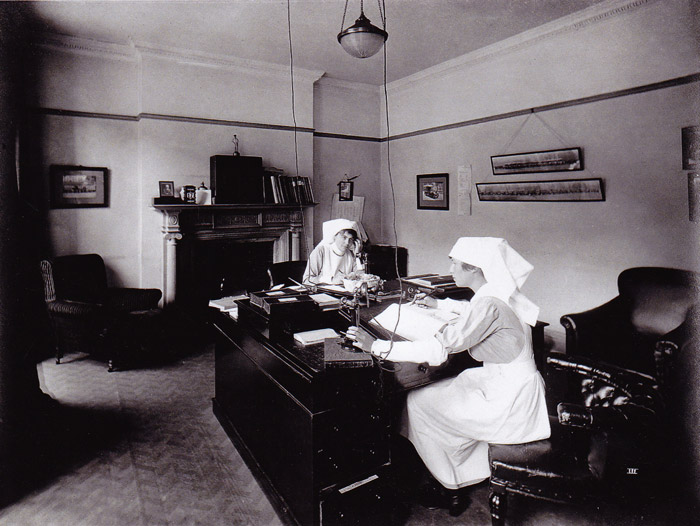 The Record Room, with two women answering the telephone and writing in registers. Mrs Glover (Quartermaster) and Miss Moore.

Note the two panoramic photographs on the wall. These show fleets of ambulances. 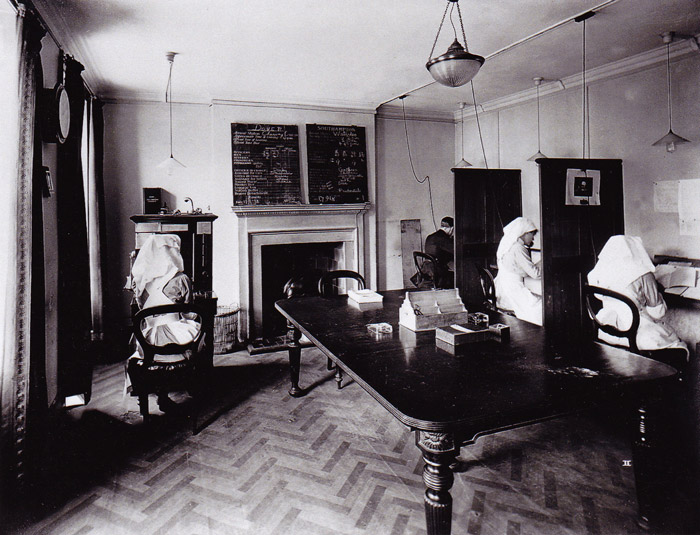 Some of the headings on the two information boards above the fireplace can just be read. They give an insight into general operation of the Column when meeting a train.

The right-hand board is headed SOUTHAMPTON and Waterloo and appears to have the much the same headings.

The last line reads, – Bearer Detachment – Prudential. (This shows that the stretcher bearers for that evening was a Unit that consisted of employees of the Prudential Insurance Company)

The photo is obviously posed for the occasion because the lady sitting at the telephone switchboard would not have been wearing a nurse’s cap. She would have been wearing a cumbersome headset with earphones attached to a band on her head and a microphone at her chest. This would leave her two hands free to operate the switchboard. Often the board was operated by a trained telephonist from the nearby GPO London Telephone Service, Museum Exchange, working during the evening and night as volunteers in their own time.