Mementoes of the London Ambulance Column are few and far between. If you have anything that could be added to this page … or if you have any further information about the items that are already here, please get in touch by using the Can you help form. 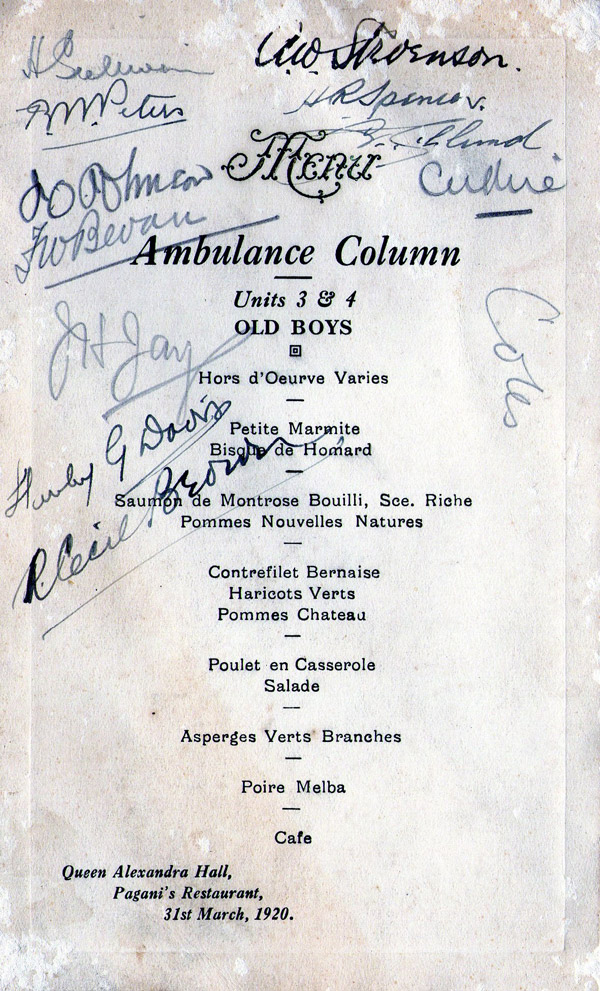 This menu is a rare survivor, handed down through three generations of the family of Clifford Coles whose signature is on the right. The menu is shown here by courtesy of Elizabeth Coles.

It records a dinner held on 31st March 1920 – exactly one year after the Column met the last train bringing back wounded soldiers. Its work done, the Column was disbanded. That the dinner was held a year later shows that the friendships the men forged during long and arduous nights continued after the war.

Pagani’s Restaurant in Great Portland Street was sadly lost during, or shortly after, World War II. 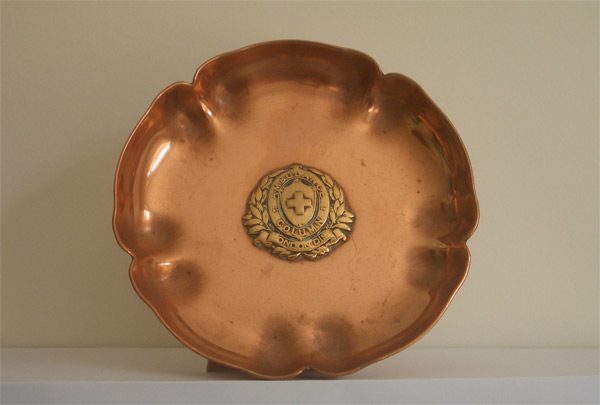 Possibly a piece of trench art made by a member of the Column as a memento of his service during World War I. It was obtained from eBay. The original source is unknown.