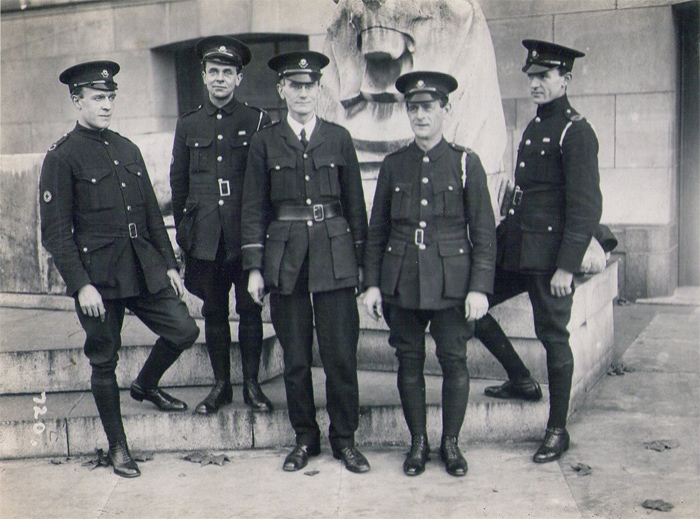 This photograph was taken at the rear of the British Museum. It shows a Unit Leader and four stretcher bearers or drivers from the Column. Probably taken in early November 1917 at the same time as the photograph below.

Photograph is courtesy of Elizabeth Coles. Her grandfather Clifford Coles is on the right in this photograph. 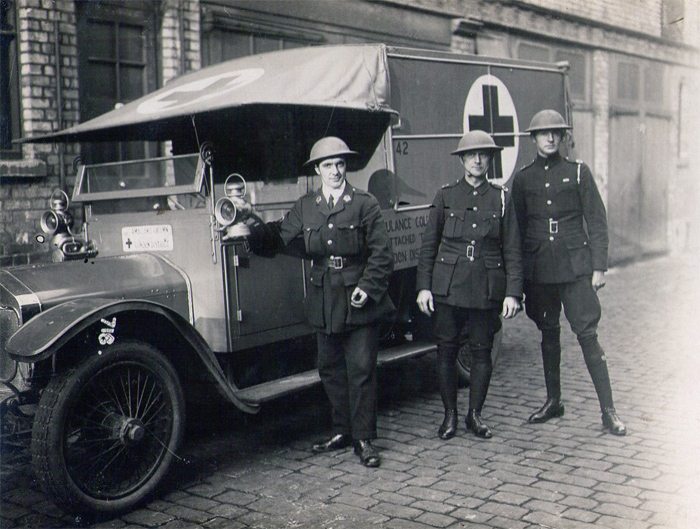 Photo taken in Gower Mews, at the rear of the Column’s headquarters in Gower Street and published in the Daily Mirror on 6th November 1917, page 4. The Mirror’s caption read:
“A PROTECTION AGAINST AIR RAIDS. Red Cross workers of the City of London Ambulance Column have just been served with steel helmets. Their work during the raids is arduous.”

Photograph is courtesy of Elizabeth Coles. Her grandfather Clifford Coles is on the right in this photograph. 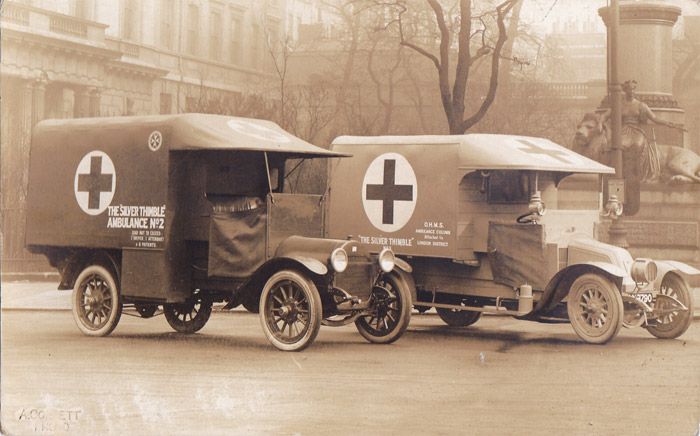 This postcard shows two ambulances in Waterloo Place, just off Pall Mall in central London. On the right hand edge can be seen Britannia and a lion on the memorial to Lord Clyde. [N.B. You can see how Britannia and the memorial looked in 2005 here]

The words on the side of the nearer ambulance read:
The Silver Thimble Ambulance No. 2. Load not to exceed 1 driver, 1 attendant & 8 patients

As well as the red cross there is the badge of the St John’s Ambulance Association.

On the second ambulance the words read:
O.H.M.S. Ambulance Column Attached to London District. “The Silver Thimble” No 3(?)

The postcard is unused and no publisher is shown. Details of The Silver Thimble Fund to follow. 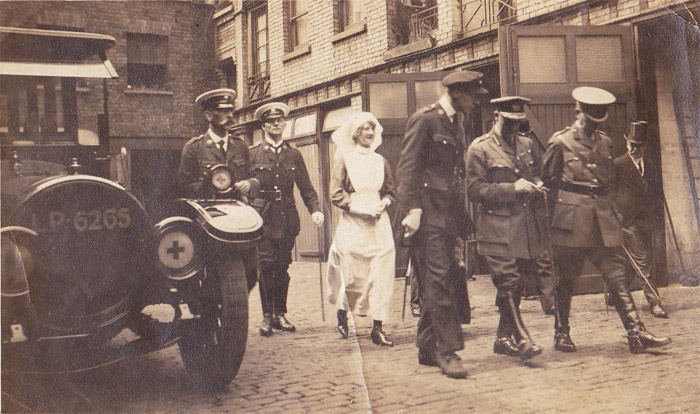 A visit (or possibly an inspection) by two senior Army officers to the Ambulance Column. The photograph was taken in Gower Mews, off Gower Street and very close the Column’s headquarters. 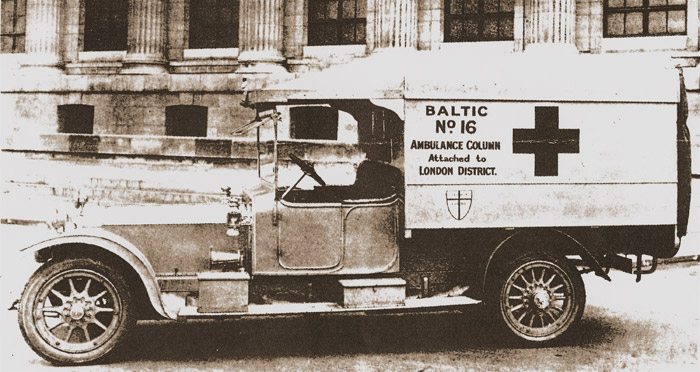 This photograph was taken at the rear of The Bristish Museum not far from the London Ambulance Column’s Headquarters in Gower Street. The ambulance had been donated to the Ambulance Column by the members and staff of The Baltic Exchange, an important financial institute in the City of London. Simular illustrations of ambulances with the word “Baltic” are sometimes mistakenly associated with the Baltic Campaign of 1918-1919. 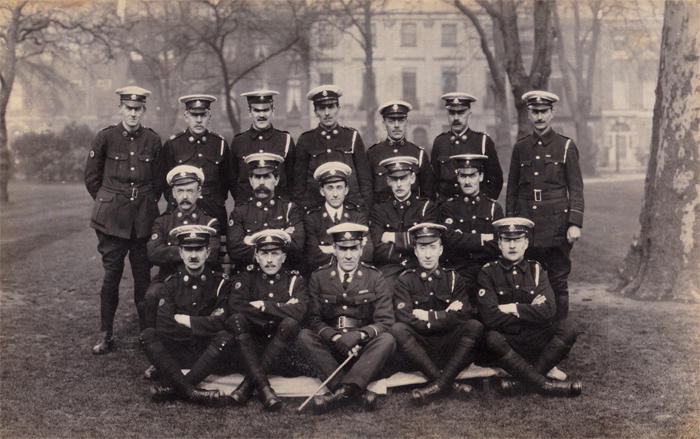 This photo is particularly useful as it shows how the various badges were worn. The significance of the braid stripes worn on the lower sleeves by some of the men is not known. Although this photo appears to have been taken in the winter, the white cloth detachable covers on the caps were usually only worn in the summer. The photo is 12” x 7½ “ and has the caption “Unit 5, Ambulance Column London District 1914 – 1919” on the reverse. It was obtained on eBay and the original source is unknown.